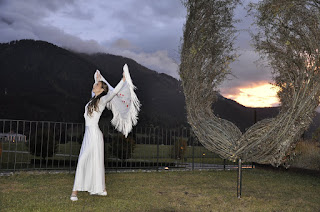 At the opening of the DolomitArt exhibition on October 10th, the senior director for German culture Armin Gatterer, the mountaineer and philosopher Hanspeter Eisendle and BM Guido Bocher held their welcome speech. Andreas Walder, president of the education committee, was the moderator of the event and emphasised the strong connection of nature & art and Hans Glauber, who himself protected the former and created the latter. The connection of nature & art was expressed by the LandArt object, too – a Scyamore seed – which was set up in the course of the project on the terrace of the library. Roberta Rio’s dancing performance imitated the graceful character of the Scyamore seed. After the performance the winners of the LandArt photo competition were awarded. Loris Burger from San Candido-Innichen won the first prize: a balloon tour and a dinner for two. Another 9 prizes were awarded. 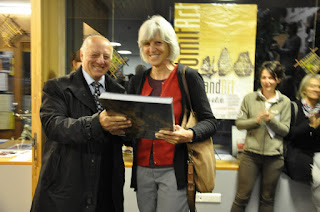 The exhibition will be open until December 3rd 2015 in the premises of the library, and then presented in the shops of Dobbiaco-Toblach. Ultimately the exhibition will end up at the Three Peaks nature park at the beginning of 2016. 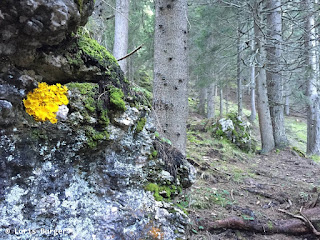 LandArt becomes especially strong, when you get the feeling that it has always been there, and at the same time it creates some irritation. That happened with Loris Burger’s work, only later, at a second glance you realize that something has changed in the surroundings that adds something, somehow enchanting to the entire picture. The work itself is plain and simple, a dab of paint, a minimal intervention with a great effect. 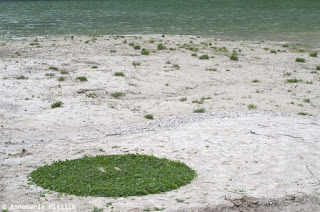 The circular area has been worked out very neatly and awakens associations about a button or a lid in a lunar landscape that the observer would like to lift in order to explore the mystery that lies below. The vastness conveyed by the picture has a very suggestive effect on the observer. 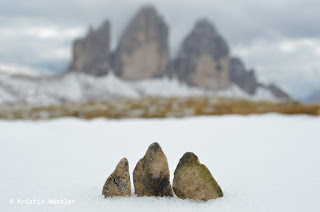 The artist was courageous enough to take such a worn motif, that of the Three Peaks, and to undermine it in a very simple way. The different sharpness levels of the photograph create a harmonious picture. 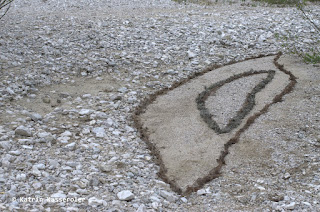 Katrin Kasseroler (Bressanone-Brixen)
The LandArt object has the effect of an abstract painting within the landscape and undermines the fact that by elimination and purification something has actually been added to the piece of art. 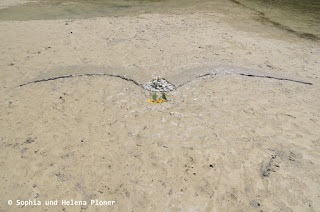 Sofia and Helena Ploner (S. Pancrazio-St.Pankraz)
The flying dinosaurs (bird) is funny and contradictory, as clay as a material actually represses the light and wing-like motif. 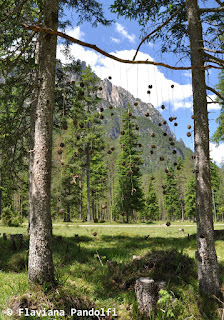 Flaviana Pandolfi (Rome)
The art work looks like a shower of cones, a veil. Hikers have to get closer in order to understand why the cones are floating in the air. 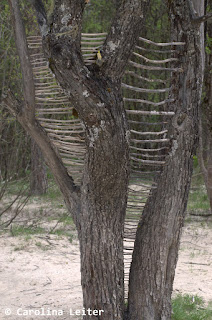 Carolina Leiter (Campo Tures-Sand in Taufers)
The branches laid horizontally create interesting gaps and highlight the shape of the tree. 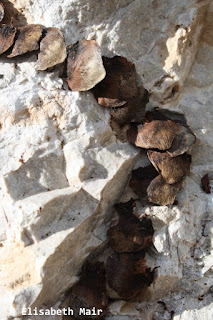 Elisabeth Mair (Brunico-Bruneck)
The idea of the art competition has been very well interpreted – and in a minimal way – based on the connection of the lamellae of the cones and the rock. 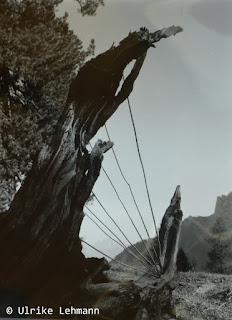 Ulrike Lehmann (Dobbiaco-Toblach)
The art work appears like a musical instrument made of roots for fabulous characters. 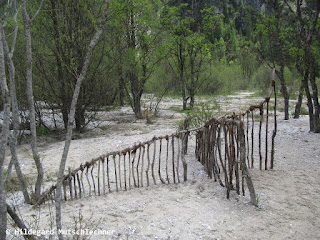 Hildegard Mutschlechner (Bolzano-Bozen)
The picture shows an interesting perspective and refers to barriers and passageways at the same time. 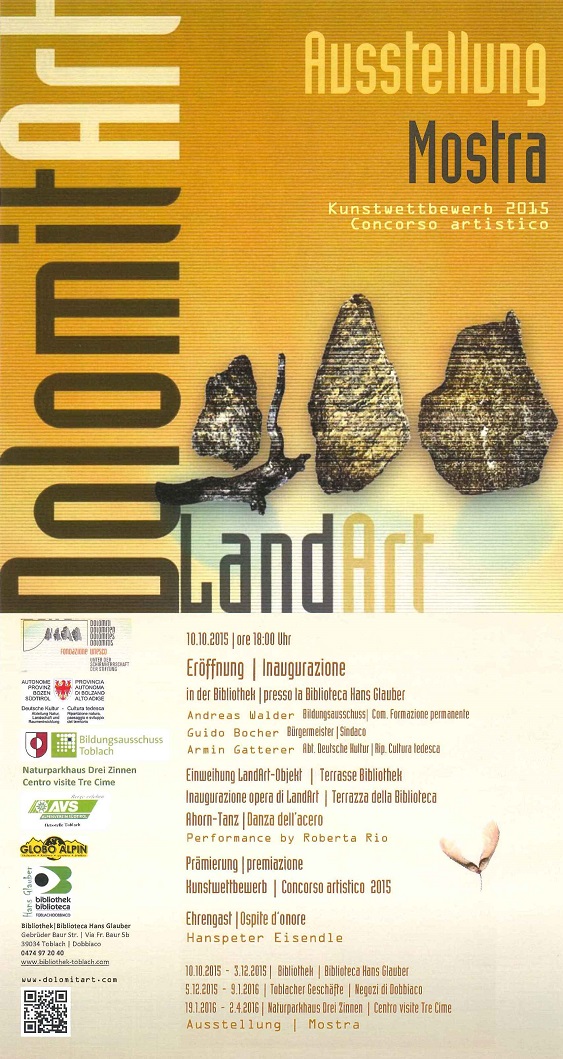 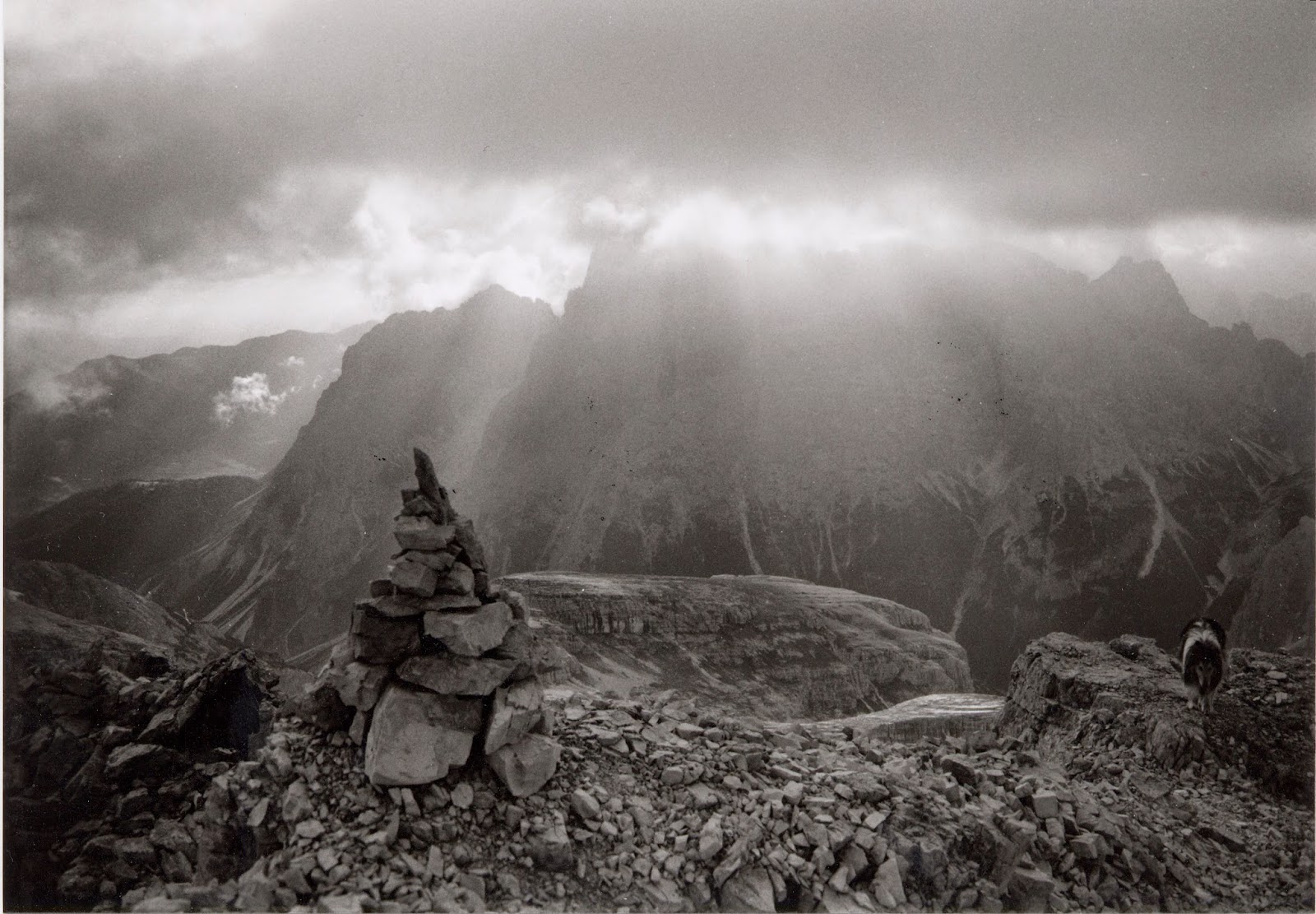 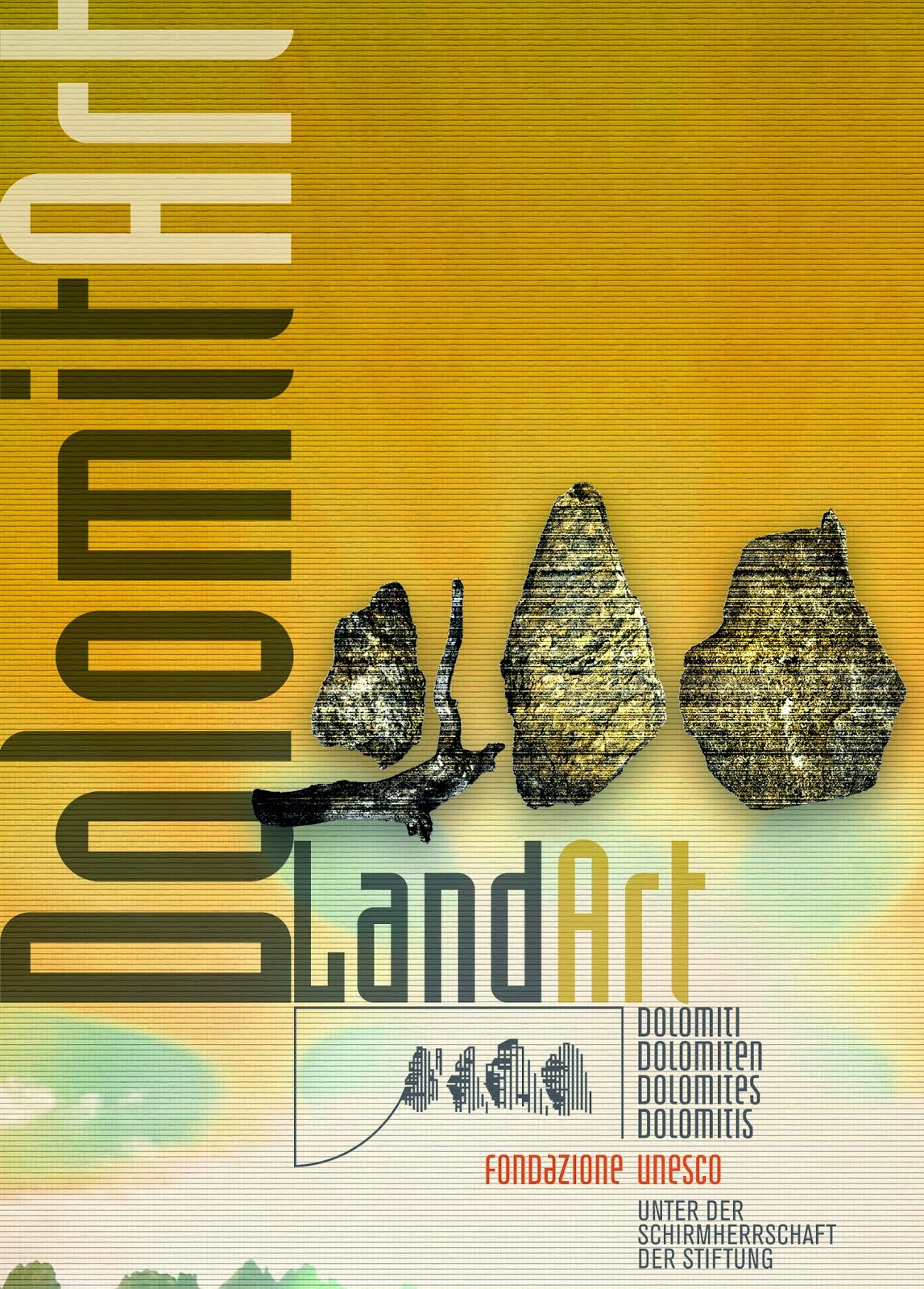